Nukua’lofa (Tonga) – Members of Parliament (MPs) from Tonga’s Legislative Assembly participated in a half day dialogue on human rights and the Denarau Declaration last year where they reaffirmed the importance of understanding human rights and good governance to meet parliamentary obligations.

The event was an opportunity for constructive dialogue, not only on substantive topics such as human rights in the context of climate change, Tongan cultures and faiths, but also on exploring ways to strengthen the national human rights mechanisms, especially through the establishment of National Human Rights Institutions.

As part of his opening remarks at the event, Tonga’s Speaker of the House, Lord Fakafanua highlighted the important role played by parliamentarians and leaders in the realisation of human rights standards as it applies to the context of Tonga.

“Today, we can reflect upon and appreciate human rights, some of which is embedded into our constitution since 1875 by our visionary leaders and which we as leaders and lawmakers  of the present have continued to inherit  and play an important role of defending human rights of all our people. Together with the support of our own traditional values, and our culture, we can all agree that these human rights will continue to be a cornerstone,” Lord Fakafanua said.

He added that the dialogue was an important opportunity to revisit the commitment made by the Tonga MPs as signatories to the Denarau Declaration.

“As parliamentarians and members of the (Standing Committee on Foreign Affairs, Defence and Trade), we are often looked upon for our roles in human rights, given our powers to oversee the executive roles in enacting laws, deliberate on our budgets and voice the needs of our constituents, we play critical roles in laying the foundation in fostering an environment that protects our communities, our families, children and anything threatens their human rights,” Lord Fakafanua noted.

Lord Fakafanua stated that the dialogue is of great benefit for the members of the Standing Committee on Foreign Affairs, Defence and Trade as they are tasked with the pivotal oversight and role of considering and reporting on matters relating to human rights obligations, international treaties and conventions and required economic policies.

He added that having a standing committee with a specific mandate attests to Tonga’s commitment to promoting human rights and the Legislative Assembly of Tonga will rely heavily on the advice of this committee to enlighten and drive the deliberations in parliament by applying this to human rights matters and just about any matter discussed in the parliament of Tonga.

According to Honourable Saia Piukala, Chair of the Standing Committee on Foreign Affairs, Defence and Trade, the human rights dialogue helped in learning about the importance of exhausting different human rights mechanisms to protect human rights in the context of Tonga.

“I also learnt that we can adopt and contextualise conventions and treaties to suit each of our respective cultures and traditions,” he added.

Hon. Piukala highlighted that “contextualised approaches is very crucial to our roles in Parliament because it will strategize our approach in terms of working with the executives in the future to rectify international conventions and treaties.”

Another MP highlighted that the dialogue was useful as these types of conversations are important for the region and for leaders to have in order to ensure human rights for all people.

She added that the dialogue brought out a recognition for the need to engage parliamentarians in consultations through other forums and to create more awareness of issues relevant to the implementation of human rights in the Tonga context through legislation.

She also noted that all policies in Tonga should reflect human rights and this is something she will ensure is engrained in the work she does from now onwards as part of the standing committee.

The Dialogue, conducted on 16 July 2021, was organised by the Pacific Community’s (SPC) Human Rights and Social Development Division and supported by the United States Agency for International Development (USAID) through the generous support of the American people, with programme funding from the governments of Australia and Sweden.

Dr Stuart Minchin, SPC’s Director General, who officially opened  the dialogue highlighted that “Human rights do not exist in isolation and come with responsibilities, in the same way that feveitokai’aki requires mutual respect within Tongan society. Far from being a concept born out of Europe, many of the values of modern-day human rights can be found in our Pacific histories and the values by which we have always lived our everyday lives.”

He added that many people fear that human rights are contrary to and even undermine our Pacific cultures, however at SPC, we believe the opposite to be true.

“We believe that human rights, Pacific culture and faith are complementary and mutually reinforcing … we believe that by strengthening one we inherently strengthen the other, ” Dr Minchin said. 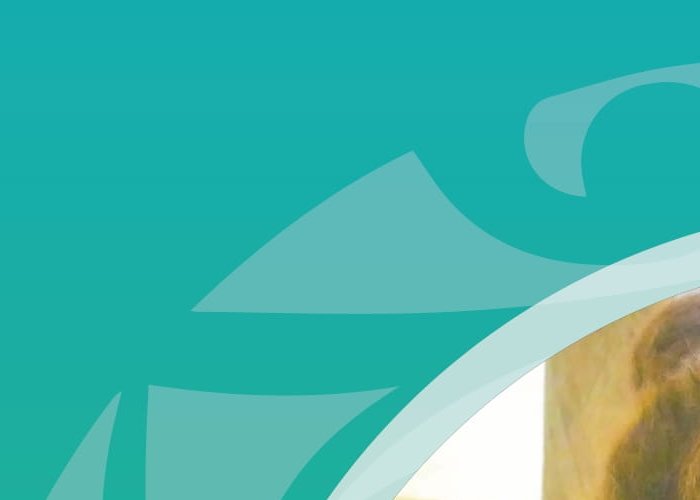 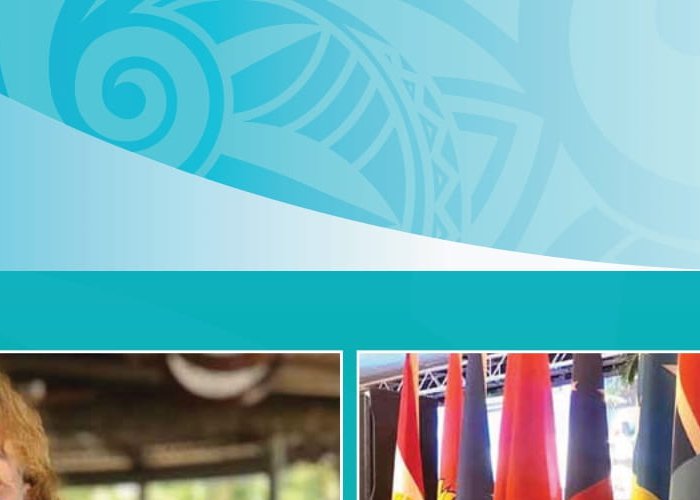 About the East-West Center

The East-West Center promotes better relations and understanding among the United States, Asia and the Pacific through collaborative study, research, and dialogue. Across Asia and the Pacific Islands, and at our campuses in Honolulu and Washington DC, the Center hosts conferences, exchanges, and in-depth trainings for policymakers, educators, cultural and civil-society leaders, and entrepreneurs. The Center conducts multidisciplinary research on environmental issues, public health, demography, economic policy and geopolitics, and provides graduate degree fellowships for the next generation of leaders. The Center also hosts the Pacific Islands Development Program—the focal point of EWC programming for Pacific nations, and the seat of the secretariat of the Pacific Islands Conference of Leaders.

The East-West Center is proud to join SPC, IFES, and CARE as part of the Blue Pacific Alliance implementing PROJECT Governance. EWC will lead four mutually reinforcing activities focused on supporting financial-governance offices and officials across the region:

For more information about the East-West Center and PROJECT Governance, please contact us at [email protected]. 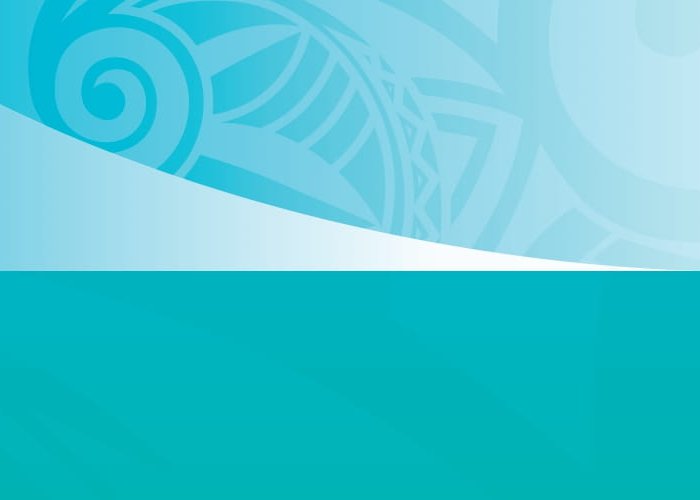 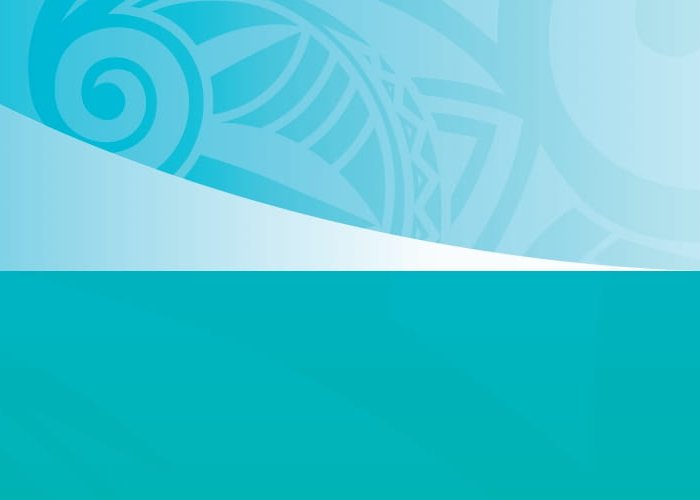 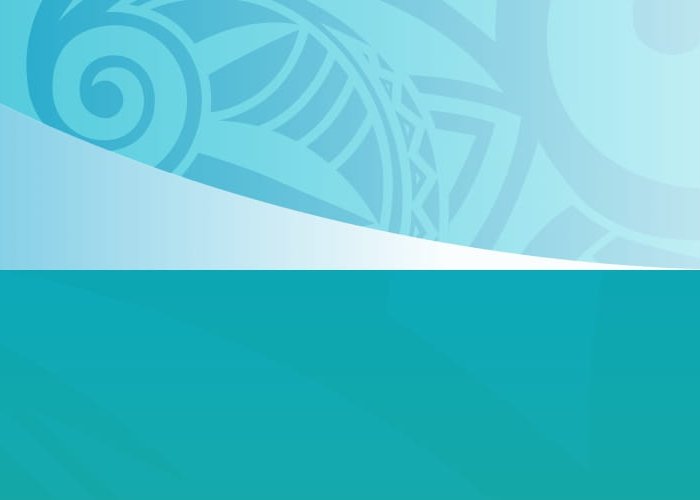 Cultural Etiquette in the Pacific

First published in 2005, Cultural Etiquette in the Pacific is an introductory guide to the diverse array of cultural knowledge and practices found throughout the 26 countries that SPC serves in the Pacific region. This new and revised second edition, produced by SPC’s Social Development programme, continues our commitment to sharing ideas and experiences in the region and to serve as an educational tool to ensure we can continue providing effective service to Pacific communities.
“This booklet will assist us to communicate in ways that are culturally appropriate, including the sharing of ideas and experience, and facilitate a deeper understanding of how Pacific societies operate.”

This booklet has been an invaluable resource for SPC staff working in Pacific communities over the last 15 years. New features include a compact fold-out version of the SPC Pacific map and detailed country maps for each entry. Country information has been updated to reflect recent changes to leadership and cultural protocols, and the layout has been re-designed to make it fast and easy to navigate while travelling or working in the region. This edition covers the period from June 2016 to December 2019 and includes a special chapter on the impact of the COVID-19 pandemic on human rights in the Pacific in 2020.   The situation of human rights in the Pacific has been assessed through desktop research compiled from open sources including the United Nations Universal Periodic Review and treaty bodies. It is brought to you by the Office of the High Commissioner for Human Rights and SPC’s Human Rights and Social Development Division.

This educational video resource has been produced to empower school stakeholders to effectively use non-physical behaviour management approaches in the classroom.